How to get in Mykonos 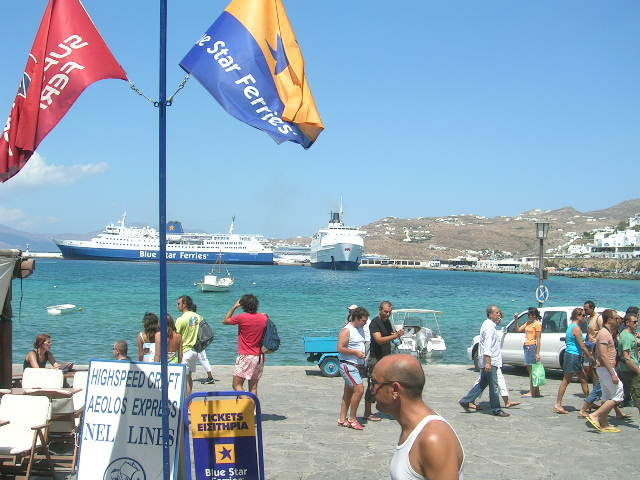 How to get in Mykonos

How to get in Mykonos is not a tricky question! Mykonos is a very well connected destination where you can travel to either by boat either by plane from many places.

From the Greek mainland ferries and high speed catamaran services run daily from Piraeus and Rafina.

The journey between the port of Piraeus (Athens) and Mykonos takes between 4h 30min and 5h 15min, depending on the type of ferry you are taking. Most of the ferries connecting Piraeus to Mykonos stop working by end of October and resume by April.

Mykonos can also be reached directly from other islands in the Cyclades. There are boat connections from Syros, Andros, Tinos, Paros, Naxos, Ios and Santorini, Crete, Rhodes, Chios Lesvos, Samos and Ikaria.

Mykonos has two ports: the old port in Mykonos Town, and the new port at Tourlos, about 2 km north of Mykonos Town. Check before you travel which port your boat will use.

Mykonos has an airport , about 4km away from the main town. There are daily flights from Athens airport (35 minutes) by Olympic Air and Aegean Airlines.

In high season there are also less frequent flights from Rhodes, Santorini and Crete (Heraklion) by Sky Express.
From May till October charter airlines fly directly to Mykonos from many European airports

Loading Comments...
We use cookies to ensure that we give you the best experience on our website. If you continue to use this site we will assume that you are happy with it.Ok